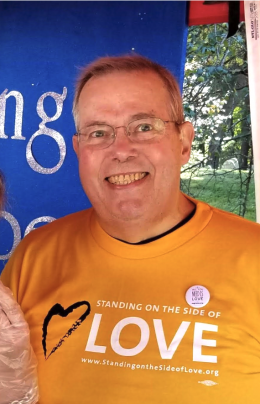 On Tuesday, September 27, 2022 Salvatore Michael Lombardi Jr., a loving husband of fifty-five years and father of two, passed away peacefully at the age of 77. He was comforted and sur- rounded by those he loved; his family and friends.

Sal was born in 1944 in Brook- lyn, New York to Salvatore and Ethel Lombardi and raised in An- sonia, CT. He was a proud gradu- ate of Notre Dame High School of New Haven, CT. He earned an Associate’s degree in Culinary Arts from the Culinary Institute of America and an undergraduate degree in Business from the Uni- versity of Bridgeport, Bridegport, CT.

Though trained to be a chef, his culinary career was cut short with his decision that the cook- ing lifestyle was not conducive to his standards of being a father and husband. He put his knowl- edge and skills learned from his culinary training and Business degree together and made a 33- year career, from which he re- tired, as a School Lunch Director for Waltham Public Schools, For 14 years, he also shared owner- ship of the Carvel Ice Cream store in Chelmsford with his beloved wife. His cooking passion and prowess were there to be shared with friends and family.

Sal’s heart had no limits when it came to sharing and giving. He wanted to share experiences that connected all of us. His passion for music, theater, dance, and movies was endless and he was always on the lookout for some- thing new or moving. He found no better joy than sharing these forms of human expression with his friends and attending con- certs, shows or movies with them.

Sal gave you his full attention and would always make the sim- plest things special. Due to his

culinary prowess, food was an ob- vious thing to give and share and he did so in abundance. His fam- ily and many friends enjoyed many gourmet experiences of food and wine. He routinely pre- pared meals designed with left- overs so that he could pre-pack- age meals for friends in need.

Sal was a constant seeker of spirituality and the common ele- ments of humanity that connect us regardless of culture, race, reli- gion and lifestyle. He was a strong believer in social justice who put belief into action. Holidays and gatherings were inclusive experi- ences of family and friends, al- ways a celebration of diversity and bringing people together. It was not uncommon to find an un- known guest at a meal or celebra- tion whom Sal had met and in- vited to join. The invited guest, though entering as a stranger, would leave as a friend.

His seeking led him to the First Parish Church of Groton and the Unitarian Universalist princi- ples. He was an active member in the congregation, serving on committees, leading worship, preparing food for events, sup- porting teens in the Mentor Pro- gram, and supporting social jus- tice initiatives.

He was a lifelong learner who consistently sought out opportu- nities for personal growth. After retirement he found a second ca- reer which tied together his love for cooking and his love of peo- ple. He started as a substitute teacher and eventually landed a position as a Culinary Teacher. This was a true calling, a blending of his skills, passions, and be- liefs. The excitement of teaching and encouraging students was observable as he spoke of his teaching experiences and connec- tions with students. The positive impact on students was evident with the many that reached out to him thanking him for his support and encouragement.

Sal is survived by the love of his life, his college sweetheart, Diane; his son Bryan and daugh- ter-in-law Rebecca; his daughter Karen; his five grandchildren;: Will, Olivia, Jake, Abraham and Shehla; his sisters Isabella and Josephine, nephews Jon and Scott and niece Wendy. 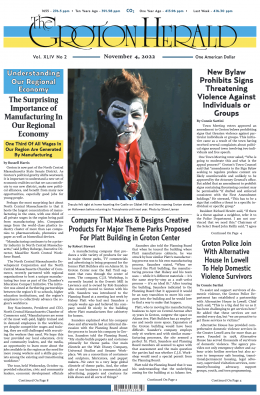