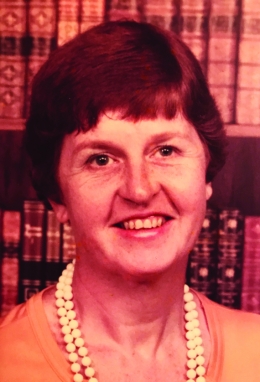 Ruth Alice Bochnowski of Dover passed away Thursday, January 21, 2021 from complications due to Covid-19. She was 83.
Ruth was born February 7, 1937 to the late George Penna Frazee and Alice Prince Frazee (a descendant of the Mayflower). She grew up with her siblings, Helen, Jean and Bill, in the small town of Groton, with the Smith cousins nearby. Her strong work ethic, practicality, and dreams of the world beyond were forged during those post-depression-era years.
Serving up frappes at Johnson’s Drive-In allowed Ruth to save enough money to attend the University of New Hampshire. While she out shone the boys in math class, the times wouldn’t allow her to pursue her dream of being an engineer. Instead, art became her creative outlet. Pieces of her modern works and silver jewelry remain in the family. Fresh out of college, she set off alone on one of the biggest adventures of her life: civilian deployment to Korea to support US troops. There she met a young Army officer, John Bochnowski, and fell in love. In 1960 they married in Korea and spent their honeymoon in Japan.
After living briefly in Virginia, where son Bruce was born, and Indiana, where daughter Jean was born, the family finally settled in Dover, DE, in 1964 where John started his teaching career at Dover High. Daughter Andrea became the only native Delawarean two years later. Ruth served as Chief Operating Officer for the Bochnowski clan. Not only did she masterfully manage the household and finances, she was an amazing cook, tended her vegetable garden, and was usually the one with the screwdriver or hammer in hand.
As her children became more independent, she put her “head for math” to use at H&R Block, and eventually became a partner in Filatt and Associates. She excelled as a small business owner with customers and family mem- bers counting on her tax expertise year after year, retiring completely in 2019.
Ruth also became a self-taught, savvy financial investor which enabled her and John to travel extensively with trips to Zimbabwe (where her sister Helen lived for a period), Egypt, China, Mexico, Guatemala, Belize, Poland, Italy, England, Hungry, and others. Domestic destinations included New Orleans, the Grand Canyon, San Francisco and Alaska, as well as several Elderhostel’s where they combined travel with education. Her sisters, Helen and Jean, and brother-in-law were frequent travel companions.
Family was always central to Ruth. Thanksgiving gatherings most often included her brother and sisters and their children (and eventually their children), her four grandchildren: Lucy, Ravy, Zack and Emily; cherish memories of trips to Disney, the Poconos, Lake Winnipesauke, and Cape Cod (perhaps everyone’s favorite). They also hold dear those smaller moments that bond lives together – playing a board game, watching movies, or discovering what cookie Grandma had in the freezer.
In 2010 the family threw a surprise 50th anniversary party for John and Ruth. The culmination of the day’s events was an English Country Dance in their honor. For years the couple had donned period dress (hand-made by Ruth) and participated in dances and demonstrations throughout the region with the Dover English Country Dancers. Naturally, Ruth also served as treasurer for the group for many years. The 50th anniversary party gave their children, grandchildren, relatives and friends a unique opportunity to join them on the dance floor with laughter and a few missed steps.
John and Ruth’s marriage lasted a remarkable 53 years.
Ruth was an active member of the League of Women Voters for five decades. One of her roles included organizing the fundraising sales held at Spence’s Bazaar. It is only fitting she lived long enough to know America had elected its first female vice-president. Ruth was a season ticket holder to the Kent County Theater Guild, and regularly attended theater productions in Wilmington and Newark with her husband, then later with her son. One of her great passions was playing Bridge with friends in homes and at Maple Dale Country Club. Together with her husband, she was also a proud supporter of the Friends of Dover Public Library and contributed to the construction of the new building.
In addition to her parents, she was preceded in death by her husband, John F. Bochnowski in 2013; brother-in-law, Phil Bixby; niece, Janice Hall-Stinson.
She is survived by her son, Bruce Bochnowski of Milford; daughters, Jean Bochnowski and daughter-in-law Karen Hayman, of Norristown, PA; and Andrea Maucher of Dover; brother, William Frazee of AZ; sisters, Helen Hall of RI and Jean Bixby of NY; grandchildren, Lucy, Ravy, Zachary and Emily; niece, Dianne, and nephews, Jon and David, as well as their children and grandchildren; nephew-in-law, Glen and his sons; cousins, Ralph Smith of Groton, Janice and Priscilla; and many friends.
In lieu of flowers the family suggests contributions be made to League of Women Voters of Kent County, Education Fund, 130 Hitching Post Dr., Dover, DE 19904.
Letters of condolence may be sent and guestbook signed at www.torbertfuneral.com