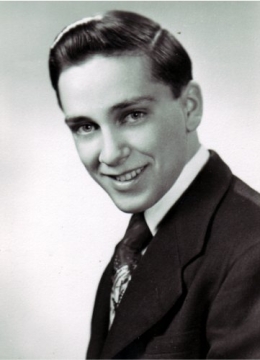 Richard Joseph D’Agostino, 90 years old, of Townsend, formerly of Groton, joined his wife Maureen in heaven on Thursday, November 11, 2021.
Richard was born June 22, 1931, son of Biagio and Rose (Marino) D’Agostino. He graduated from Everett High School in 1949, and served in the U.S. Army during the Korean War. He attended Wentworth Institute of Technology and worked in the family business of building homes. He married in 1956 and built the couple’s first home in West Concord.
He started his own business, Richard J D’Agostino Co., building homes and later specializing in kitchens. After their five children were born, they moved their family to the country, Groton in 1965. Dick thrived in Groton. He served as the Building Inspector, on the Booster Club, and in the Parks Department. He was involved in baseball and was instrumental in establishing the High School Hockey program. His son John partnered with him and continues his highly reputable business today. His greatest accomplishment was his family.
Richard is survived by his children: Paul D’Agostino of Groton; Joanne Buscemi (Ted Steinmetz) of Plant City, FL; John D’Agostino of Lunenburg; Laura Hayes of Winter Haven, FL; and James D’Agostino (Beverly) of Lunenburg; his siblings Anthony D’Agostino; Maryann and Frederick Salvucci; 19 grandchildren (plus seven spouses), 34 great- grandchildren (plus one spouse), and two great-great-grandchildren, and many nieces and nephews that were extended family.
He was predeceased by wife Maureen V. D’Agostino (Barnicle); sister Nancy Morazzi, inlaws Peter Morazzi; Francis Barnicle; Paul Barnicle; Elizabeth Howard; Trudy and Paul Graves; and son-in-law Joseph C. Buscemi Jr.
Visiting hours will be held in the McGaffigan Funeral Home, 37 Main St. (Rte. 113), Pepperell on Sunday, November 21, 2021 from 4 to 7 p.m. Richard's Funeral Ser- vice will be private. In lieu of flowers, please make a donation to your charity of choice. For his online guestbook, please see www.McGaffiganFuneral.com