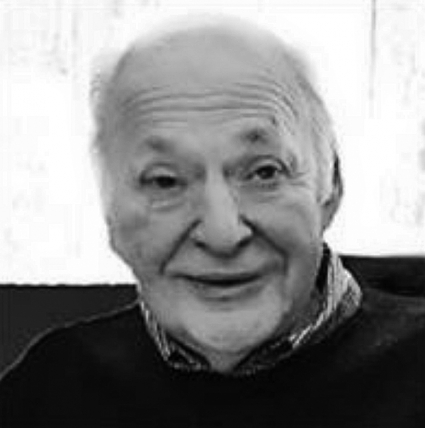 William A. Haddad, Jr. age 88, of Andover, passed away peacefully after a brief illness. He was the devoted husband of 61 years of Lila M. (Maloof ) Haddad. Son of the late Martha A. (Aboshar) and William A. Haddad, Sr., William was born and raised in Lawrence. After graduating from Lawrence High School, he attended Boston College where he received a Bachelor’s degree in Mathematics. After college, he enlisted in the United States Army and proudly served his country during the Korean War.
Upon his Honorable Discharge and return home to the Lawrence area, he was gainfully employed with Honeywell Corporation and dedicated 35 years before his retirement.
Always eager to learn and master new skills, William made use of the Internet and learned many handyman skills following his retirement. As a result, he learned how to and built sheds, and gained many other wood-working skills.
His greatest joy was to have his family at his side, whether it was for family functions, a meal, at his grandchildren’s sporting events, or, most especially, when they were together during the holidays. During these past nine months, William mainly missed the company of his family, especially his grandchildren. He also loved cooking and enjoyed the family men’s hummus tahini competition, for which he always claimed victory. He will be most remembered for his enormous sense of humor.
In addition to his parents, William was predeceased by his brother, Philip Haddad. He will be missed by his children, Michele Lavallie and her husband William of Methuen; Mark Haddad and his wife Marilyn of Grafton; John Haddad of Andover; and his grandchildren, whom he loved so much: Michael, Philip, Samuel, Brianna, Christopher, and Nicolas.
Services for William will be held in private under the direction of Cataudella Funeral Home in METHUEN. Interment will be in the family lot in the United Lebanese Cemetery in Lawrence. In lieu of flowers, donations in William’s memory may be made to St. George’s Eastern Orthodox Church, 8 Lowell Street, Lawrence, MA 01840.
To leave a message of condolence, please visit www. cataudellafh.com Cataudella Funeral Home 126 Pleasant Valley St. Methuen, MA 01844 www. cataudellafh.com
Comment Policy:
Please send comments to grotonherald@gmail.com