Two Selectmen made an unscheduled appearance at a June 5 meeting of Electric Light Commissioners to continue a conversation which had turned contentious at a Selectmen's meeting two days earlier on June 3.

Selectmen Chair Peter Cunningham and member Jack Petropolous met with Commissioners under calmer circumstances and revisited the issue of Commissioners' vote to reduce by half their annual payment in lieu of taxes and costs and perceived inefficiencies of the permitting process for the new GELD facility on Station Ave.

Light Commissioners met with Selectmen on June 3 to inform them they were going to reduce their annual "Payment in Lieu of Taxes (PILOT)" amount from $30,000 to $15,000. According to Commissioners, the reason for the reduction was to recoup part of what they believed was exorbitant and unreasonable fees for permitting their new facility on Station Ave.

Commissioners said they believed that the cost of permitting was more than $151,000 higher than what was projected for such a project. They noted that the higher than projected permitting fees were largely based on inefficiencies and inconsistencies in the process which dragged out the time period for two years.

Cunningham and Petropolous expressed a willingness to take another look at the permitting process experienced by the Light Department and to review the minutes and actions of other boards involved including the Planning Board and the Conservation Commission.

Light Department Manager Kevin Kelly said he was optimistic that he and Haddad would be able to look at the permitting process and learn something from the Light Department experience. Kelly noted that the cumulative effect of all the zoning bylaws and regulations is very overwhelming and frustrating and he hopes that one outcome of the review would be to make it easier for future organizations to go through the process.

Selectmen also wanted the Commissioners to rethink their position on reducing the annual contribution to the town in the future.

Commissioners' decision for this year, however, had been implemented already and a check to the town for $15,000 has already been delivered to the town.

However, Commissioners were open to considering the matter again next year after a review of the process was completed. 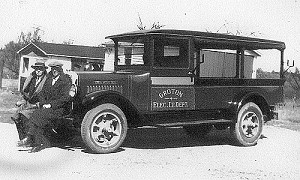