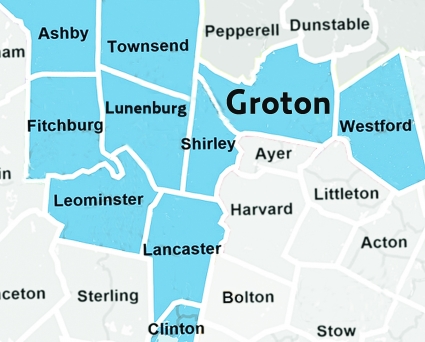 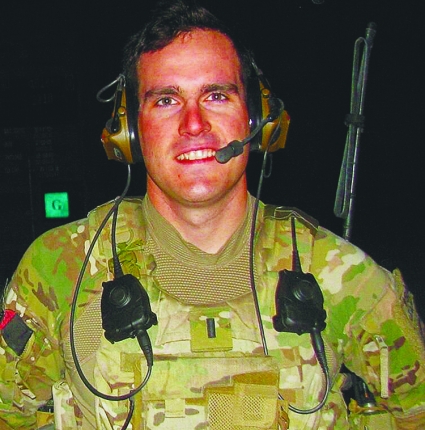 Redistricting Map Reveals Political Weakness But Also Path To New Political Influence If We Want It
by Russell Harris & Bob Katzen, BHR
The State Senate voted 36-3 to send to Gov. Baker a bill redrawing the boundaries of all 40 senators’ districts. The plan is based on the 2020 census and will be in effect until the next redistricting cycle following the census in 2030. Both branches, on a voice vote without a roll call, also approved and sent to the govenor a measure redrawing the boundaries of all 160 representatives’ districts.
The newly redrawn senate district, which includes Groton, is far different from the one that residents have known for many, many years. For more than 100 years, Groton has been grouped in a com- mon senate district with the city of Lowell.
As can be seen in the re-drawn state senate map above, the political weight of Groton’s new senate district has moved west, from the eastern, Boston-centric portion of the state to mid-state. This is our new political reality. It shows that Groton has lost influence on Beacon Hill and the town needs to rethink how to advocate for ourselves on Beacon Hill. [For a perspective on this change, see this week’s editorial]
From this town’s earliest years there has been a strong link with the city of Lowell. The main route out of town was Lowell Road, now also called Route 40. In 1838, Lowell’s mayor was Luther Lawrence, the oldest son of Samuel Lawrence, who had fought in the Battle of Bunker Hill during the Revolutionary War. Many Groton residents worked in Lowell over the centuries, first in the mills, and most recently at the University of Lowell and high-tech companies nearby. Now, this particular link to Lowell is broken and the center of Groton’s political influence has been pushed west with the state’s changing demographics and population.
Our new district is called ‘Worcester and Middlesex,’ acknowledging that the new district crosses two counties, and our state senator is John Cronin. Senator Cronin has expressed interest in participating in an open discussion with the Groton Herald for an upcoming edition.
In the meantime this is a thumbnail bio of our new senator: John Cronin entered politics in 2020 to run for the Worcester and Middlesex State Senate seat against incumbent Republican Dean Tran. He had no previous political experience but had a background in legal advocacy. His campaign focused on equitable investments in education, workforce development, and transportation. He contrasted his leadership background as an infantry officer against his opponent's ethics scandals and was unopposed in the Democratic Primary. Cronin won the general election by 1227 votes, returning the moderate district to democratic representation. He is the youngest current member of the Massachusetts State Senate.
Cronin graduated from the United States Military Academy at West Point and was commissioned as an army officer in 2013. A combat veteran, he served two tours in Afghanistan and reached the rank of Captain. He was born in Leominster and grew up in neighboring Lunenburg and Fitchburg.
Senate President Karen Spilka’s office says the Senate plan would increase from three to six the number of districts where minorities make up the majority of the population. “The efforts to increase majority-minority representation include the strengthening of a Black 'ability-to-elect’ district in Boston and the creation of a Hispanic ‘ability-to-elect’ district in the Merrimack Valley, along with the creation, strengthening or preservation of four ‘oppor- tunity-to-elect’ districts in the Chelsea area, the Brockton area, Springfield and Boston,” reads the analysis from her office.
Sen. Diana DiZoglio (D- Methuen), said she agrees strongly with some of the bill’s provisions including its creation of new majority minority districts. She noted she voted against it because it needs even more work and doesn’t go far enough in representation for communities of color and many other communities in Massachusetts that have been shut out for too long.
“It has been very clear that the most powerful amongst us saw very light touches in the redistricting process, while the majority of rank-and-file members absorbed notable if not substantial changes to their district lines,” said DiZoglio.
“Communities need to have their voices heard before we move forward with finalizing this legislation. Many residents have been left begging the question as to why their districts and communities have been sliced and diced while the district lines of the most powerful have not. And those folks deserve answers.”
“The Senate redistricting map accurately reflects the numerous changes that have occurred over the past 10 years,” said Sen. Anne Gobi (D-Spencer). “While I am personally experiencing seismic changes in my district, I was very pleased with the process and the work that was done to preserve full Senate representation in our western Massachusetts districts while increasing the number of majority minority districts across the Commonwealth.”
Comment Policy:
Please send comments to grotonherald@gmail.com