In her brief tenure with the Groton Police Department, Officer Lola and her partner Officer Nick Beltz have made quite an impression - her recent service resulted in saving the life of an injured woman in Tyngsborough and assisting at the Boston Marathon bombing investigation.

Now, Officer Lola will be receiving bullet and stab protective vests thanks to the non-profit Vested Interest in K9s and Macy's.

Vested Interest in K9s, Inc. is a 501c (3) all volunteer charity located in East Taunton, whose mission is to provide bullet and stab protective vests for law enforcement dogs throughout the United States. The organization was awarded a grant from Macy's for $1200 which will provide a ballistic vest for the Groton Police Departments K9 Lola. Each vest costs $850-$950 and has a five-year warranty.

The nonprofit was established in 2009 to assist law enforcement agencies with this potentially lifesaving body armor for their four-legged K9 officers. Through private and corporate sponsorships Vested Interest in K9s, Inc. provided 66 police dogs with protective vests in 2012.

In September 2012, the non-profit hit a milestone of donating $100,000 in protective vests to law enforcement agencies throughout the United States. In January and March 2013, a regional and nationwide Groupon Grassroots campaign raised more than $210,000 which allowed Vested Interest in K9s to donate 217 K9 vests across the country.

The organization orders the U.S. made vests exclusively from distributor Regency Police Supply in Hyannis, which also does the custom embroidery on the body armor.

New K9 graduates as well as K9s with expired vests are eligible to be added to the organization's waiting list.

In 2011 efforts were expanded to assist police dogs throughout the United States. Vested Interest in K9s, Inc. currently has a list of dogs needing vests. For more information or to learn about volunteer opportunities, please call 508-824-6978. Tax deductible donations and event listings are via the website: www.vik9s.org. 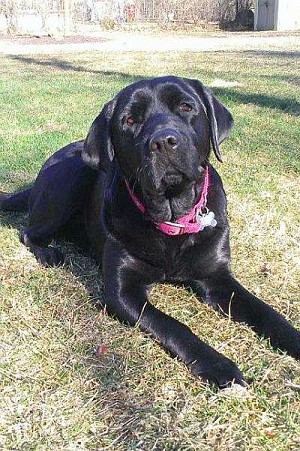