Selectmen ratified appointment of Edward Cataldo of Leominster as Groton's new full-time Building Commissioner. Cataldo was the top choice of every member of the Search Committee, following a review of 15 applications that were received for the position, and the interviews of four finalists.

Cataldo has served as the Building Commissioner in Leominster for 13 years, and has experience in commercial as well as residential construction. Town Manager Mark Haddad noted that his knowledge and experience will be important with construction of the new Center Fire Station and new Groton Electric Light Department building.

Haddad said, "We're excited about this appointment." Selectman Josh Degen, a member of Search Committee, stressed that the four finalists were all very qualified but Cataldo's approach and answers to the questions were the decisive factor. In addition to Haddad and Degen, members of the Search Committee included Land Use Director Michelle Collette, Assessor Rena Swezey, and Human Resource Director Suzanne Loverin.

Selectman Peter Cunningham praised McKenzie's work on the Committee. "He single-handedly rejuvenated this position and is one of the committee's most active members. The town has benefitted greatly (from his efforts)," Cunningham said.

The joint boards also appointed Kristian Gentile to a three-year term as an alternate member of the School Committee. Gentile has been an active member of the Friends of Nashoba and has children attending the school. 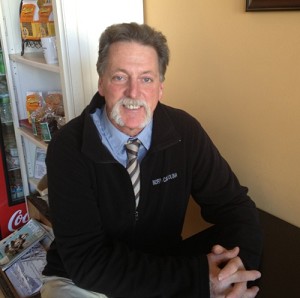