Letter to the People of Groton from Bob Gosselin

To The People of Groton:

I came to Groton 53 years ago, purchased a home, started a business and raised four wonderful children, all of whom are graduates of the Groton Dunstable Regional School system. Today they are good citizens in an ever-changing world

In the spring of 1973, having previously served on a few town boards and committees, I was elected to the office of Town Moderator. Thus began one of the greatest journeys of my life. After 39 years in office, I have decided to end that journey. I will not seek reelection in 2012. My current term will end at the conclusion of Spring Town Meeting.

I would like to take this opportunity to share a few thoughts with the people of Groton.

As Town Moderator, I was privileged to be able to observe first-hand the operation of the New England Town Meeting form of government. During those 39 years, I interacted with virtually every department, board, and committee in Groton. I came to hold in the very highest regard those citizens who serve our town and a deep respect for the form of government under which we live. In order for this government to function, it has always been necessary for volunteers to step forward and serve their community.

Our town meetings have always been, to me, an experience in raw democracy. The Town Meeting form of government is not perfect but Thomas Jefferson saw its merits and wished that it could have been adopted in Virginia. The citizens who attend are not experienced legislators. The meetings are at times boring, always informative, and sometimes electrifying. The citizen who attends and debates an issue sometimes wins and, at times, loses the position he or she supports. We can all recall some course of action we did not feel was in the best interests of the town and in experiencing defeat, some citizens walk away disillusioned with the system. Others return to fight the next battle. Over the course of time, the Town Meeting form of government may get a few things wrong but it does get many things right. It is truly democracy in action.

As a boy, I passed through Groton in the 1930s and 1940s. I remember Main Street and the tunnel created by the giant Elm trees, the fields, the forest, and the farms. I recall the beautiful buildings and the varying architectural styles. Later, I observed how the surviving architecture reflected the history and growth of America.

We still see today a beautiful town. I hope we can all look with pride on those forward thinkers who on town meeting floor argued passionately over the past 50 years to preserve the character of the town.

I have come to love this town and its people. My thoughts, hopes, and prayers will always be with you. Thank you for the opportunity to have been of service. 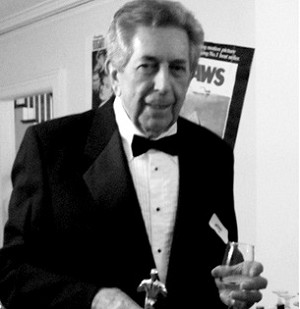 Should the town bylaw be changed to allow the Select Board to grant temporary liquor licenses in public parks?
YES
49%
NO
51%
Total votes: 65