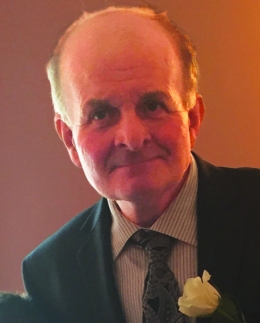 Jeffery Blood, 74, formerly of West Groton, died Sunday, November 7, 2021 surrounded by his family at home after a long and brave battle with cancer.
Born May 20, 1947 in Groton, MA, he was the son of the late Elliot and Doris (Lindall) Blood. Jeff lived in West Groton, MA until moving to Seward with his wife and children to pursue his dream of being a dairy farmer. He was active showing dairy cattle alongside his children and grandchildren. He could often be found in the barn watching over his herd or on the phone with his family. He will forever be known for his quick wit, significant historical knowledge and caring nature for his family and animals alike. He loved doing chores and sharing his farming knowledge with his grandchildren. He will be missed by everyone who he met.
Jeff is survived by his wife of forty years – Ethel-Rita Blood; his five children: Lisa (Kevin) Krugle of Texas, Christopher (Jill LaManna) Lunn of Schenectady, Sarah (Brent) Blood of Richmondville, Amy (David) Wells of Lansing, and Bonnie (Nate) Kane of Cobleskill; six grandchildren: Levi Blood Szentmiklosy, Kaislyn Kane, Benjamin Wells, Margaret Blood-Johns, Liam Kane and Peyten Johns; his brother: Richard Blood; sister- in-law: Sharon Blood; and many nieces and nephews and great nieces and nephews. His many close friends will forever be without their true confidant.
A time of visitation will be held at Mereness-Putnam Funeral Home, 171 Elm Street, Cobleskill from 1PM to 3PM on Sunday, November 14, 2021. A private burial will be held at a later date.
Memorial contributions may be made to:
Cobleskill-Richmondville FFA, CRCS
155 Washington Avenue
Cobleskill, NY 12043
or
Marathon for a Better Life
PO Box 268
Warnerville, NY 12187