The public is invited to Fort Devens Museum's Armed Forces Day open house Saturday, May 17, featuring programs touching on our nation's past so as to better understand the present and work toward an even better tomorrow. Located on third floor at 94 Jackson Rd., the museum opens at 10 a.m. for visitors to view its many evolving displays and new exhibits. Programs take place at 11 a.m., 12:30 p.m. and 2 p.m., and the Museum remains open for viewing until 4 p.m.

Historian and journalist Alan Earls starts at 11 a.m. with a program to 'provide an anecdotal overview of some of the important Cold War research and development and production activities that put Massachusetts "on the front lines" for future conflicts.' Earls has written several books: Raytheon Company: The First 60 Years; Polaroid; Digital Equipment Corporation; U.S.Army Natick Lab; and Route 128 and the Birth of the Age of High Tech. He has also compiled a book about the Watertown Arsenal.

World War I is the focus of historians Ed and Libby Klekowski, who come at 12:30 p.m. to talk about their discoveries of American involvement from 1914-1918 in Belgium and the Western Front. "For years" they have "spent lengthy periods in a farmhouse in Lorraine, France, exploring the nearby villages and forests for the artifacts of war."

Fort Devens Museum has already screened for the public their two documentaries done for American Public Television, one on the 26th or Yankee Division and the other on American Field Service ambulance drivers. Their book "tells the story of the German invasion, occupation and retreat from the perspective of Americans who were there." In this year 2014, European countries are starting to mark the 100-year anniversary of this war.

At 2 p.m., Trisha Blanchet, founder and president of Operation Delta Dog, talks about how this nonprofit organization seeks to help local veterans coping with Traumatic Brain Injury and Post Traumatic Stress Disorder with the help of service dogs. Operation Delta Dog rescues dogs placed in shelters and trains them to become service dogs to see that "the veterans get the help they deserve." She is "a former newspaper reporter, magazine editor, columnist, and author of six books, including Dog-Friendly New England and The Cow Crashed into the Moon: Messing Up Motherhood in 7 Easy Steps."

Veteran Donald Jarvis will be on hand with his service dog-in-training, Mocha, to speak to the audience about his experiences as a wounded warrior and a service-dog handler.

The Fort Devens Museum will sell raffle tickets for items donated by local businesses. Tickets at $1 each or six for $5 or 12 for $10 will be on sale all day with drawings to be held before close of the open house. Prizes include gift certificates for Tiny's Restaurant and the Devens Grill.

In addition to new exhibits, programs and raffle prizes, the Museum will offer refreshments, the opportunity to meet some individuals who have their experiences or items displayed, and time to talk with others sharing an interest in local and military history and an understanding of the present day. 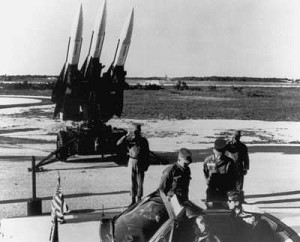