On Monday afternoon, April 2, 1923, at the Broadmeadow Road home of Mrs. William P. Wharton, some of Groton's community oriented women gathered to talk about the town and what they could do to create a beautiful environment surrounding their homes, and in the historic center of their picture postcard town. All those women attending had something in common - their love of gardening and nature. Many of their well-known families were already contributors to the community in some fashion, whether through preservation of forest land, to holding political office, to running businesses, to leading fox hunts, to operating large farms.

Those present agreed that annual membership dues should be $2 and that meetings should be held monthly from March to October, or more often at the discretion of the president.

It was also agreed that the meetings, whenever possible, would be held in gardens of the members.

During this meeting, Miss Hetzer gave an interesting short talk on early seeds and flowers adapted to our soil and climate. And then Mrs. Branigan invited the Club to her home for the next meeting, April 16 at three o'clock in the afternoon. The meeting was then adjourned.

And so it began... Groton Garden Club became a reality, and now 90 years later, the club is thriving, continuing with the mission of its founders "To encourage and promote interest in and development of all aspects of gardening."

Signs of present day Garden Club contributions are visible throughout town; historically correct plantings at Boutwell House, maintenance of Prescott and Hollis Street Commons, seasonal plantings of watering troughs in Groton and West Groton, plantings at Hanson Memorial Park, and the establishment of Blue Star Memorial at Sawyer Common, to name a few.

These projects and many others are made possible through funds raised at the Club's Annual Plant Sale - scheduled for May 11 this year. All club members participate, many reaching into their gardens for wonderful perennials to share with other gardeners in town.

Garden Club welcomes anyone interested in gardening and membership is open to all. If you or someone you know would like more information about joining the Club send a note to Groton Garden club, PO Box 413, Groton MA 01450 and the membership chairman will contact you. 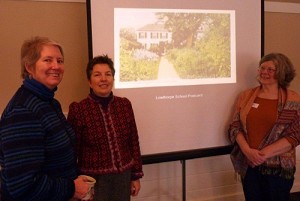