Charles E. Thibeau of Groton passed away peacefully at home Sunday, March 25, 2012 after a long illness. He was 84, son of the late William and Lucille Marie (Bourque) Thibeau. Born in Boston, Thibeau grew up in Forest Hills. He developed polio as a young child and spent his youth in and out of school.

A self-taught entrepreneur, Thibeau led a colorful life. From his travels across the U.S. as the manager of a bluegrass band while still a teenager, to faceting gemstones and tinkering with pocket watches in his 70s and 80s, he avidly pursued varied interests. As a youth, he and his brother Bill made and sold funeral wreaths near their home. He ran away from home several times before being enrolled in Connecticut Junior Republic in Litchfield, CT at the age of 13- a private, non-profit organization dedicated to helping at risk, special needs and troubled youth, where he was treasurer of the student body. He drove a cab at 16, worked as a roofer, sold encyclopedias and was a dance instructor at Arthur Murray School of Dance in his late teens and early twenties.

He moved from Boston to Grotonin 1954 with his wife Mary K. and two young sons, to restore an early saltbox house. A few years later he formed a pioneering printed circuit company, Conductorlab, which he sold in 1967. In the late 1960s he founded one of Boston's most famous music and performance venues, the Ark, at the old Buck Printing Company site at 13-15 Lansdowne St. The Ark later merged with The Boston Tea Party and paved the way for the several music venues and nightclubs along Lansdowne St., many of which still exist today. Featured performers included the Grateful Dead, Eric Clapton, Fleetwood Mac, and the J. Geils Band. Legend has it that The Who was paid $500 for a weekend in which they performed the rock opera Tommy.

Thibeau founded a non-profit organization, the National Foundation for Environmental Control in Boston in 1970, which published one of the nation's first directories of environmental resources, and which was involved in the first Earth Day.

In the early 1970s Thibeau concentrated on one of his first loves, furniture making, and also started the Yankee Doodle Toy Company with son Dana, producing wooden folk toys. While carefully reproducing copies of Colonial-era museum pieces as the Country Bed Shop, he wanted to provide an authentic finish for the Windsor chairs, hutches, four-poster beds and other pieces he produced. Much of the original furniture designs would have been finished with a casein-based milk paint, and to duplicate this Thibeau set out to recreate an authentic formula for this long-lost paint for use on his own work. He spent two years and countless hours studying old formulas and conducted countless experiments in his basement until he finally got it right.

At the time Yankee Magazine was producing a series of books on the "forgotten arts". They interviewed Thibeau for a chapter about making paint from scratch. When the book was published, Thibeau's phone started ringing and the Old Fashioned Milk Paint Company was born. At this time, another business, Craftsman Lumber Company, specializing in wide plank flooring and paneling, began as an offshoot of his furniture business.

Another of Thibeau's passions was cars, and along with a friend, Dave Johnson, he built several custom kit cars in the 1970s. One, a Bugatti, took first place at the Boston Auto Show that year.

Charles was a past president of both Groton-Pepperell Rotary and Groton Business Association, was a former member of Groton Planning Board, and was elected to the Guild of Master Craftsmen in London in 1981.

He was also leaves two sisters, Sr. M. Stephanie, L.S.A. (Rita Thibeau) of Worcester; Lucille E. (Betty) Foley and her husband George of Mashpee; a brother, William J. Thibeau and his wife Dottie of Revere. He is predeceased by his sisters Evelyn Danforth and Lorraine (Casey) Ribeiro. He also leaves many beloved nieces, nephews, and their children.

Visiting hours will be Sunday at the Badger Funeral Home 45 School St. Groton 2-4 & 6-8 p.m., A Funeral Mass of Christian Burial will be held Monday, 10 a.m. at Our Lady of Grace Parish worshipping at St. James Church, St. James Ave. West Groton. In lieu of flowers, donations may be made in Charles Thibeau's name to Nashoba Nursing and Hospice, 2 Shaker Road, Suite D-225, Shirley, MA 01464. See www.badgerfuneral.com 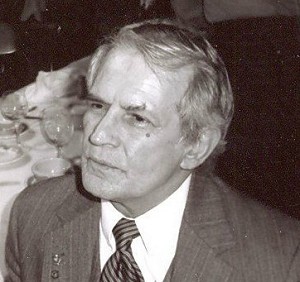