Much of the recent commentary and editorials on funding authorization for the new center fire station seemed to center on the need for a broader plebiscite. This then seemed to break down into those who thought the debt expense should be incurred outside the levy limit and those who agreed with the plan to fund the station within the levy limit, but felt a decision of this magnitude should be put to the voters.

Both schools of thought have a great deal of merit, however, the conversation that then needs to take place is on our form of governance and Groton's charter. When the town adopted the charter at the annual town election May 22, 2008 (BTW, 16 percent voter turnout), it decided to adopt a professional management structure led by a Town Manager.

The fundamental reason for this is that the complexity of municipal finances , budget oversight and the day-to-day administration of town government had become too complex for various volunteer committees and boards. This point was affirmed by the Dept. of Revenue's Division of Local Services which had performed an audit of the town's administration.

And since adopting the charter, Groton has realized significant benefits in terms of budget management, administration and service provided to townspeople. It is for this very reason that we were even able to have a discussion about funding the new center fire station within the levy limit. The term 'override' has a negative connotation in municipal finance and by definition means a community is living somewhat beyond its means and needs to seek more than it can raise within the tax levy.

Prior to our change in governance, Groton would typically tax much closer to the levy limit each year making it necessary to seek overrides for either capital or, in some cases, operational needs. Not needing to seek an override should be seen as a positive.

Selectmen have recently appointed a committee to look at Town Meeting and make recommendations on ways to make it more accessible. Follow this link to the committee charge on the town's website for more information:

However, during the work that was done by the Blue Ribbon Governance Committee during its two years of review and public hearings that led to our present charter, it was abundantly clear that people wanted to retain our open town meeting form of government.

While there may be a greater turnout at a town election, the evidence in examining the past 10 years is not that compelling. It has tended to be in the three-22 percent range for elections with just local issues and not held in concert with broader state or national contests. Open town meeting is truly the purest form or representative democracy and is not found in other areas of the country.

It would be a shame to lose that and move on to a process where town meeting becomes 'advisory' and final decisions are made at the ballot where voter turnout is only marginally better.

Either way, this is a very important issue that deserves a broad base of input and I would encourage townspeople to participate in the Town Meeting Review Committee process to ensure their views are heard. 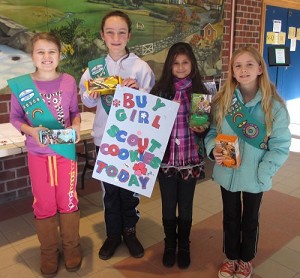